For the past five years, GreatSchools has been operating local programs in select cities to help parents who might not otherwise have access to resources and knowhow find the right schools for their children. As we have collected feedback that parents appreciate and use our services, our local offices have expanded and evolved. Milwaukee’s office opened in November 2007 followed by ones in Washington, DC in 2009 and Indianapolis in 2011. All three communities have open enrollment, abundant charter options, and voucher programs for low-income families. We reach predominantly low-income families. In 2011-12, 60% of families we served in Washington, DC and 70% in Milwaukee, WI were eligible for free or reduced-price lunch.

Yet without a well-designed rigorous study conducted by a neutral party, it’s been difficult to measure the impact of our programs. This fall, with the preliminary release of findings from a randomized control trial (RCT) conducted through Stanford University’s Center for Education Policy Analysis (CEPA), we can finally point to strong evidence that GreatSchools Local is influencing parents to choose higher performing schools.

Although the same effects were not seen in Milwaukee, the likely cause is that several parents and schools in the Milwaukee control group, who had in previous years received GreatSchools information and services, requested the information (it was our policy to not deny any requests for print guides and/or services). In other words, in Milwaukee, our presence is now so strong that it was difficult to get a “clean” control group.  In Washington, DC, the study began during the program’s first year, allowing for clean differences between the treatment and control groups.

CEPA will continue to report on findings from this study, including the impact of GreatSchools Local programs on high school selection, as well as the impact on student academic performance one year after enrollment. These results are expected to be peer-reviewed and presented in 2013.

Meanwhile, our in-house research team has also gathered information about who we serve locally, how parents value our services, and the nature of their school choice behavior. In June 2012, GreatSchools conducted an internal phone survey of more than 500 families served through our local programs, measuring program satisfaction and school choice behaviors. In Milwaukee, we found that 62% of families served visited two or more schools, and 95% applied to one or more of the higher performing schools in the city, up 20% from the year before.* In DC, we found that 65% of families visited two or more schools (up 11 percentage points over 2011) and 75% applied to one or more higher performing schools in the city.* Most parents reported that the school their child will be attending in 2012-2013 meets their top criteria and is a good fit for their needs. Very high program satisfaction rates — 93% in Milwaukee, 98% in DC, and 92% in Indianapolis — reflect the high value families find in our school information.

We’re gearing up to build on this research in 2013 to better understand the impact of our digital programs nationally and locally on families and on schools systems. The quest for evidence continues! 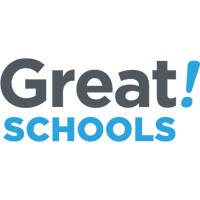